The Beast Will Deceive 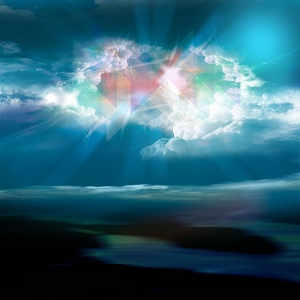 For a long time now, the Beast has been making preparations for what they know will come. The battle of Armageddon. They have been attempting to pull people away from their Christian faith by introducing and giving large amounts of media attention to certain hoaxed “discoveries”.  It is an attempt to destroy the beliefs of all Christians (The Spiritual Israelites) on the planet, so that other future portions of their overall plan will work. Some of these more recent “discoveries” have been The Book of Judas (FALSE) and the Lost Tomb of Jesus. (ALSO FALSE)

Media attention given to FALSE discoveries such as these, plant a seed of doubt in the public’s mind. From there that seed burrows its way deep down and before you know it, people are pulling away from their Christian faith all together and those who never had faith are even deeper into the deception than before.

Even in television and film preparations have already been made; with movies that deal with space invasions and abductions and other films like “Jurassic Park” which deal with theories of evolution and claim that God’s words are lies. They want us to believe that the foundations of Christianity are actually falsehoods and lies, by actually force-feeding falsehoods and lies through their most powerful tool. The Media.

Because we have already entered the Great Tribulation, the First Rapture will soon be on its way. Those who have been found faithful (having a good heart condition and acceptance of Christ as their savior) will be rescued from this dying earth.

Right now, as I write this article, 50% of the UFO activity now being witnessed in the lower heavens (blue sky) are God’s scout ships for the coming invasion force referred to as the “Southern Storm”.

Contrary to popular belief, and as depicted in the popular “Left Behind” book series, those who are Raptured will NOT just “disappear” because fleshly bodies cannot enter the Spiritual Realm. This will be your FIRST CLUE that what The Beast will want those left behind to believe is NOT TRUE!

What will actually happen is this: A Rapture Vessel (the symbolic 2nd Ark) will come for those that are to be Raptured with Christ at it’s helm. Those who are Raptured will leave their earthly vessels (their physical bodies), becoming a spiritual body instead and board the vessel. The Rapture Vessel is to be escorted into full view of everyone seeing it in the skies with the unaided human eye. It will be the first sign of the deliverance from hell on earth to those that are faithful. When the Rapture vessel is seen, it is by God’s power that it will be visible to all eyes…regardless of where they live on the planet.

This will happen for one reason: So that all of the nations of people will know who the Wrath comes from.

Ezekiel 36:23 I will honor the holiness of My great name, which has been profaned among the nations—the name you have profaned among them. The nations will know that I am Yahweh”—the declaration of the Lord GOD —”when I demonstrate My holiness through you in their sight.

Ezekiel 39:7  So I will make My holy name known among My people Israel and will no longer allow it to be profaned. Then the nations will know that I am the LORD, the Holy One in Israel.

The Beast already knows that this will happen and they have already created a plan to try and convince those who witness this event that it is in fact NOT of God. This is the second step in NASA’s Project Blue Beam. When the first Rapture occurs, they will tell those that were left behind that it was just a gigantic “Space show” with three-dimensional optical hologram and sounds, laser projection and multiple holographic images to different parts of the world. In essence they will say that the sky was just a huge movie screen and the entire event was in fact orchestrated…or… they will attempt to introduce a new “messiah”.  Anything is really possible… as Project Blue Beam will pretend to be the universal fulfillment of the prophecies of old, but, how will they explain the millions upon millions of children and adults who didn’t in fact just disappear, but who have left their physical bodies behind? No doubt they will invent some mysterious virus or plague and use that as an excuse. The thing to remember is that The Beast will Deceive.