What Sex Will the Antichrist Come Forth As? 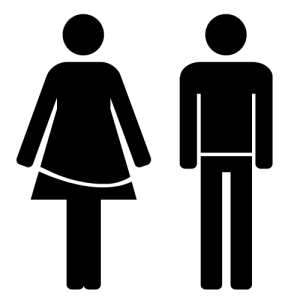 Satan – he is presently trying to resemble our Mother Israel as Warrior Class Yahweh. But Satan is so consumed with being like our Creator in all things, and because he does not consider himself as being evil, he will soon take the next step in his evolution process of being a copycat to take on the form, or else replace an existing human female that will emerge as the coming Antichrist. The TRUTH of this matter is revealed by unlocking the major KEY.

Isaiah 14:14 “I will ascend above the highest clouds; I will make myself like the Most High.”

Satan wants to resemble the Creator in every way. His next step is to become the mother of mankind ( Like Mother Israel will be to Her own children …during eternal bliss when the hostilities finally cease for eternity.) In the Word, Tyre reveals much about Satan. About his wanting to be a god, but is classed the same as a man, because he wanted to be a god like Yahweh. His dishonest trade practices, all are reflections of Satan’s conduct as he pulled away from the counsel of Yahweh because he despised Her opposition to his wanting freedom to do as he saw fit and to be in a position of authority like Her. To rule and to rule over. And to have control of not only his family, but also to possess what was precious in his own eyes.

Psalm 107:11 “because they rebelled against God’s commands and despised the counsel of the Most High.”

“The Fall of Tyre’s Ruler

1 The word of the LORD came to me:

This is what the Lord GOD says:

Your heart is proud,

and you have said: I am a god;

I sit in the seat of gods

in the heart of the sea.

Yet you are a man and not a god,

though you have regarded your heart

as that of a god.

3 Yes, you are wiser than Daniel;

no secret is hidden from you!

4 By your wisdom and understanding

you have acquired wealth for yourself.

You have acquired gold and silver

5 By your great skill in trading

you have increased your wealth,

but your heart has become proud

because of your wealth.”

6 Therefore this is what the Lord GOD says:

Because you regard your heart as that of a god,

7 I am about to bring strangers against you,

ruthless men from the nations.

They will draw their swords

against your magnificent wisdom

and will defile your splendor.

8 They will bring you down to the Pit,

and you will die a violent death

in the heart of the sea.

in the presence of those who kill you?

in the hands of those who kill you.

10 You will die the death of the uncircumcised

at the hands of strangers.

For I have spoken.

[This is] the declaration of the Lord GOD .”

Who are the strangers? They are comprised of the LOZ, and are strangers to Satan because the ranks of the holy angelic class have been filled with holy ghost replacements since the time Satan was cast out of Heaven due to past conflicts that had arisen during Satan’s imprisonment on earth.

Man is interchangeable with woman in the Word. It is because all human life are termed “Mankind.”

Job 10:13 “Yet You concealed these [thoughts] in Your heart; I know that this was Your hidden plan:”

Yahweh knew Satan’s thoughts over having to pay Her tribute. And She knew all else his proud heart conjured, including his plan to rebel. Though he sought to conceal what he felt, Yahweh knows all things.

Is it an intrusion by Yahweh to read out hearts? Does She do us injustice by keeping Her creation an open book to Her mind?

Psalm 7:9 “Let the evil of the wicked come to an end, but establish the righteous. The One who examines the thoughts and emotions is a righteous God.”

Yahweh performs this task to keep Her creation in harmony with righteousness. She is only allowing evil for a short time to reveal its volatile nature. It has no real value unless it is used to counter evil. Repaying evil for evil. You do not repay someone that murders by giving them what is good. Evil deserves an evil response. Even so, and as in the case of Michael the Destroyer, evil meted out against evil must be balanced on the Scales of Justice.

Never forget Mother is a God ruled by Her own Laws. She does not consider Herself above Her Laws. Her Word is Her bond with all of creation.

“I sit in the seat of gods in the heart of the sea.” This verse touches upon Satan’s knowledge of the God’s of Eternity. The sea is Eternity that they all exist within. Nothing was hidden from Satan when he was Dawn the bringer of light – Lucifer: “Yes, you are wiser than Daniel; no secret is hidden from you!” And this reveals his commerce activities in the expanse as Dawn Lucifer: “By your wisdom and understanding you have acquired wealth for yourself.You have acquired gold and silver for your treasuries.” So children, study over the Word about Tyre, because at times Trye is not a city or empire, but is Satan also. The Word is interwoven with the revelations and one must use insight with a combination of Mother Spirit to see what is inspired for revelation of your minds.

As you children know, there are no coincidence. Just as Regina was reading the same Scriptures at the time I posted a topic. So let’s look outside the Word for other locks that can be unlocked by what you have learned from the KEY given about Satan taking the position of the human-like Antichrist. If you have ever doubted the position would be filled by Satan, consider that he is an anti to Yahweh’s Throne of Authority, and therefore is an Antichrist in the spirit realm just like all that are with him. But the humanoid Antichrist must be in the flesh, and it cannot be just any person, because many oppose Yahweh and Christ. It must be a special individual – Satan. Only he can fill that bill as a she.

-PHRASES the Eternal City the city of Rome. eternal triangle a relationship between three

Remember, the Woman, the Child, and the Dragon. Also, think Pyramid, and triangular shaped space crafts. Was there sexual rivalry? How does Yahweh view sex? What dis the fallen angels engage in on earth?

The fallen angels rivaled mankind’s handsome and beautiful women, because they materialized as good looking, and were able to take mates of whom ever they chose. Though the Word does not reveal this to you, they materialized as both male and female. What does that signify? That Yahweh has both attributes, and they exercised their ability to take on one or the other because they were created in Her image. That was an abuse of Yahweh’s Law to intermingle with mankind in such a manner at that time, and it caused rivalry with the men and women of human descent because they could not compete with those angels in looks or prestige from having descended from the heavens in desertion of their assigned tasks.

Like humankind, Yahweh stripped them of some of there powers. They could no longer materialize from behind the veil at will. There giving secrets of the heavens was also restricted, and because Satan caused enmity between Yahweh and the holy family that included the expanse of creation, Yahweh sought to put enmity between Satan and his human family, and that is why many believe Satan to be hideous instead of his real appearance.

And also to make it appear as though he works against his own family. Not until these end times has that rouge been lifted to reveal his true intent.

How do we know Satan will follow through in trying to resemble Yahweh as Mother Israel (but not claiming to be Her – only Her Rival) when he emerges as the Antichrist on the physical plane? He has already altered his appearance to look like a most beautiful woman.